My dearest Family and Friends,

GREETINGS AGAIN AND COMPLIMENTS OF THE SEASON.

Here’s wishing you a very HAPPY NEW YEAR 2019 with heaven’s choicest blessings to all of you. May all your dreams come true, and may friendships grow and blossom in goodwill, and that very many happy memories of years past, and into the future, will capture your imaginations as they have mine/ours .....’ West of Zanzibar.’

If you’re not all Zanzibar-ed  out, have you booked your flight out to Zanzibar yet? If you need a tour guide, just add me to your safari tour. It’ll be a pleasure I will not be able to resist. Let’s all go together soon. It’ll be a blast. Ha.

Now, this  NEW YEAR’S GREETING follows on the heels of my Christmas memories for Hazel. The enclosed picture is of the New Year’s Dinner Dance of the  # 13 Club in Zanzibar. My Dad, Aleixo de Souza ,  founder member and first President  of the club is seated at the head of the table with my Mum, Laurie, on his right, at the first anniversary of the club....and together with  the rest of the founding members and their  spouses. 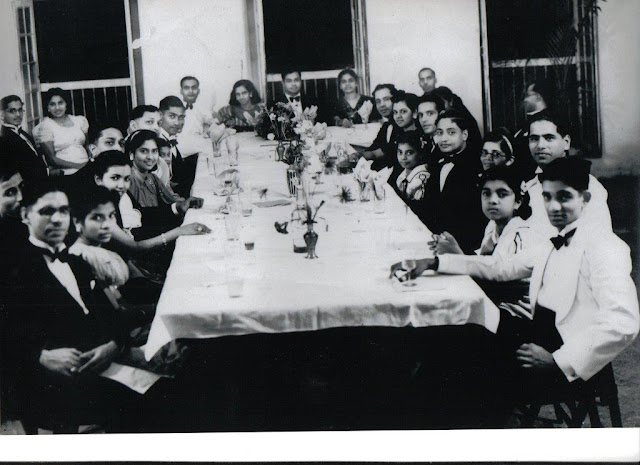 New Year’s Ball was a very special event on the social scale, but midnight Mass was still there for those who were not members of any clubs, or were in for home parties and quieter and more prayerful pursuits that included the singing of the Magnificat in Latin. Everybody else went to morning Mass.  In later years this midnight Mass was held earlier in the evening so as to make choices easier for All. Our Holy Ghost Fathers, now known as the Spiritans, were very Good shepherds, friends, and mentors.

At the Club, at the midnight countdown, an ‘ Old Man ‘ representing the dying Year was escorted into the Hall tottering on a cane, all bent over, and whilst the entire assembly stood cross-armed in a big circle singing Auld Lang Syne holding hands in an unbroken  friendship chain,  and as the lights flickered and momentarily went out, a youngster..angel dressed in white representing the New Year, appeared , and nobody saw the old man leave. ...quite a magical moment. The New Year had arrived, and joy, noise, hugs and kisses became the order of the moment as the New Year was heralded in....the  New Year’s Ball was very special.... you can see the very British-Portuguese-Goan influence for sure....an influence that has stayed with us to this day.

After midnight, Mum and Dad and other #13 club members then went over to the Goan Institute to greet the rest of their friends in the other club of which they were also members, to spread the good cheer of New Year at their function. Dancing went on until dawn, when hot coffee and Goa treats were served. We youngsters, could attend only after we were teens....with our parents to chaperone us. We learnt the social skills of fine behaviour, and ballroom dancing under the watchful eyes of our parents. Everybody had a grand time and we wouldn’t have missed any of it for the world. Ha.

And..... in the late afternoon, picnics and swimming at any one of the snowy-white coral-white sandy beaches became a must ‘do’ event with family and friends, children and all,  to end the first day of New Year in Zanzibar.... my paradise on earth that was my world before I came to Canada.

In the early days, when I first came to Canada, I would imagine I was on the white sands of Uroa or Bamburi beach as the snow fell outside my kitchen window on Chestnut Street.... I could only dream...right? That’s how I coped with living in freezing cold Canada. Ha....me and my imagination? A girl’s got to do what a girl’s got to do.... as Darwin called ‘Survival of the fittest’.... in truth? Our parents gave us the road-map for survival, as best they could, and hopefully we have handed this wisdom on to our children sans bias, sans favouritism, sans prejudice. and sans excuses.....perfectly or imperfectly for sure.  Yes, it’s been a wonderful Safari spanned over fifty years, and I feel so lucky. My recent journey with pain has made me even more aware of who I am and whence I came from and whence I goeth, with the Good Lord’s help.

My joint replacement surgeries brought me to RABIZNAZ and The Crystal Orb of Light, followed by The Jewel from Spain. ... perhaps writing is my secret to coping with pain, sans drugs or addictions of any sort. I’ll not speculate or question the genres of my writings, for I was influenced by my upbringing as a catholic Goan , but I’ll just be grateful that the joy of writing was a healing balm to this gal from an ocean and a continent away. I am who I am, and you’re stuck with me. Ha.

When Mike and I visited Goa in 2008, not knowing how getting back to the tropics would affect me, I cried when I saw a coconut tree for the first time in forty years, and I kept our bedroom patio door wide open so I could see the coconut trees first thing in the morning, and everyone thought I was nuts.... perhaps I was.. am. That’s me. Ha. 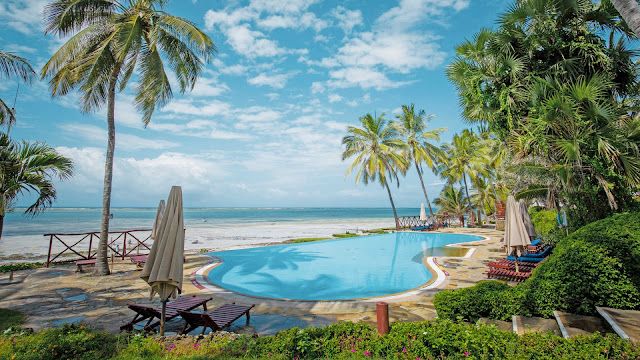 I can hardly believe it.... it’s been half a century since Mike and I came to Antigonish come August 2019. We can’t let that go without recognition...and you know me... I love to throw a party..... so save a spot for a garden tea /bbq party in August on Chestnut Street. .... God-willing. We came with our two month old baby Aleixo, that August day in 1969...we saw this beautiful town....we met all of you wonderful people....our new friends and new community, and  so we stayed..... So glad we did.

So, all the best my dearest Family and Friends. Stay happy. Stay healthy. Stay filled with love.... It’s a Wonderful World.

Cheerie-bye for now.
Love and blessings.
Yvette and Mike. 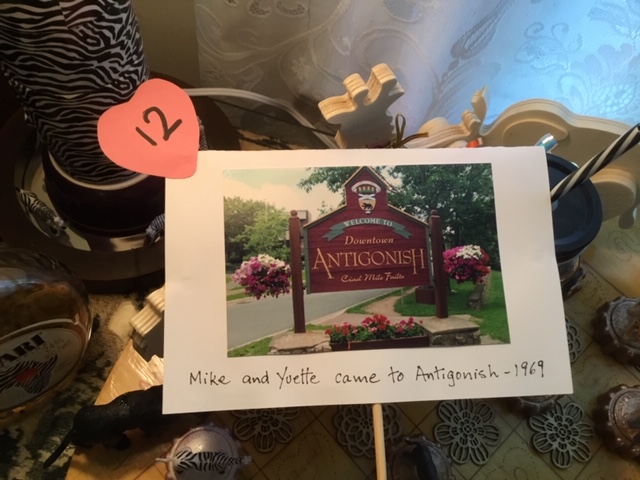 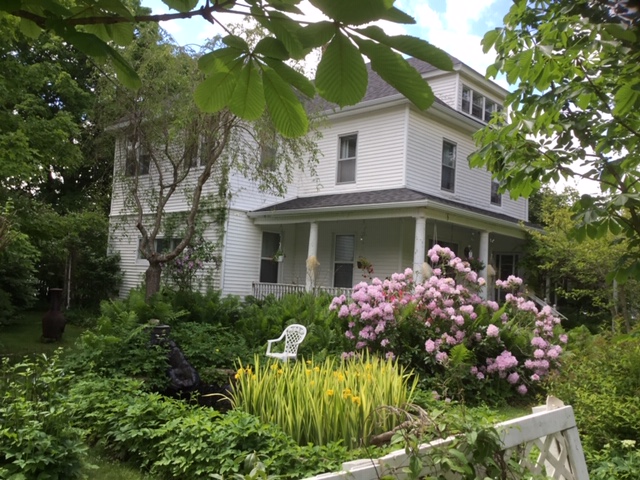